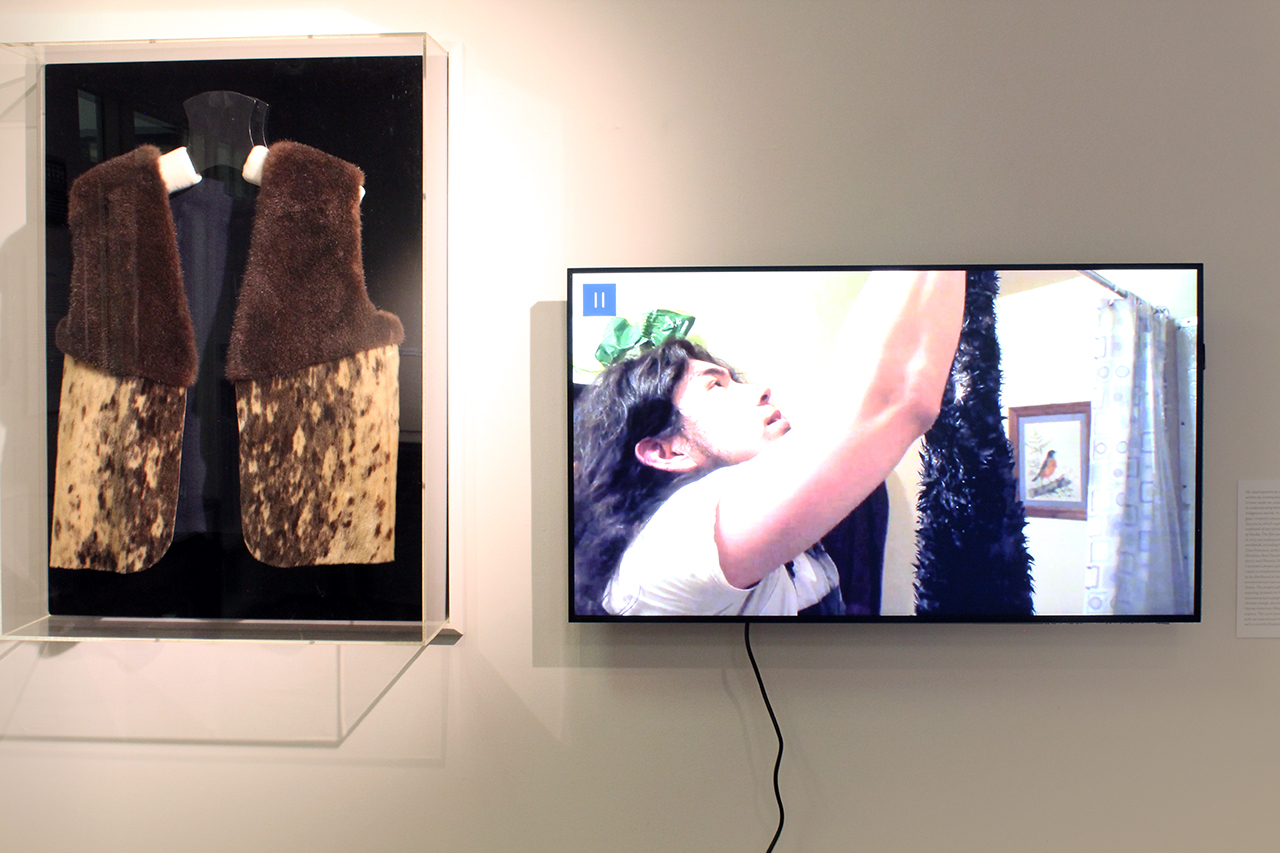 These will go to the publisher who will lay out the book with text and images. For Mitch and Michaela, final touches happen on the computer, after doing some of the work by hand and scanning, they manipulate the art on the screen. For Jim, it’s usually acrylic that he uses to create a final painting to go to the publisher. Evon will make a print from her block of linoleum, and then color in the spaces with colored pencil or watercolor.

My dual experiences as a subsistence art educator within my community and a cultural emissary outside it have made me uniquely aware of the significant gaps in understanding between the Indigenous and non-Indigenous worlds. In an effort to bridge some of these gaps I created a documentary short film entitled Harvest: Quyurciq, which captures the subsistence harvest and craftwork of sea otters by the coastal Indigenous peoples of Alaska. The film premiered at the Anchorage Museum in 2015 and subsequently screened at film festivals worldwide, including the American Indian Film Festival (San Francisco, 2016); Lakecity Film Festival (Lagos, 2016. Nominee: Best Documentary Short); Ethnografilm (Paris, 2017); and Phoenix Film Festival (2017), among others. I received a project grant from Native Peoples Action to create a complementary curriculum for the documentary, to be distributed to secondary and post-secondary environmental science teachers throughout the United States. The project will expand on the film’s core themes, exposing students to Native American perspectives on environmental sustainability, resource management, climate change, decolonization, and the inclusion of Native American Ways of Knowing within mainstream science. The curriculum is being created in collaboration with an experienced Indigenous curriculum writer, and we’re currently finalizing its second draft.