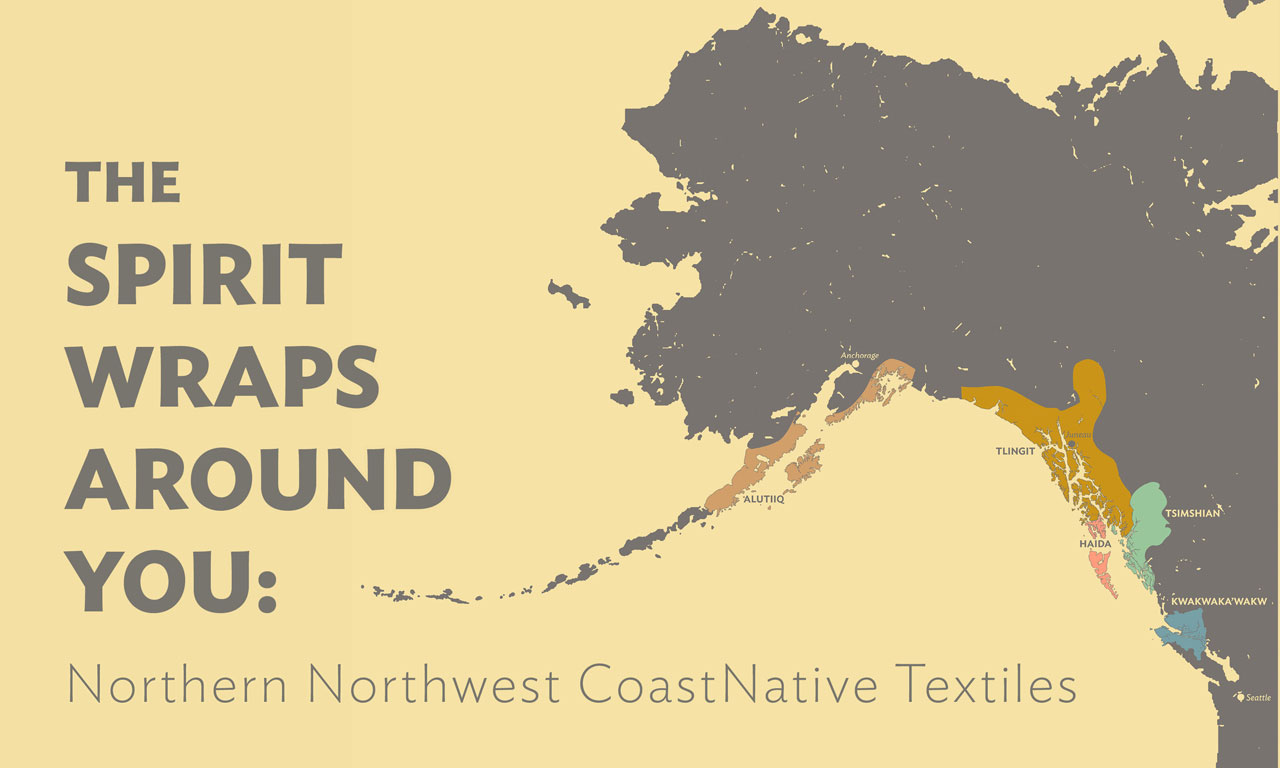 THE SPIRIT WRAPS AROUND YOU: NORTHERN NORTHWEST COAST NATIVE TEXTILES

Native women of the northern Northwest Coast create some of the world’s most technically complex handwoven garments. Since time immemorial, clan dignitaries dressed in fine woolen robes while speaking at ceremonies and conducting diplomacy with other nations.

“A Northwest Coast chief in full regalia,” observes Haida artist Bill Reid, is “…about the most gorgeously panoplied human ever to strut the face of the earth.” Designed for movement, the robes’ long fringe swirls around the dancer, dramatically magnifying their movements. The opulent weaving helps dancers mimic with flair the motions of animals and spirits.

The robes’ beauty and significance go beneath the surface. As sacred objects, spirits of the ancestors are believed to collect around or inhabit the robes, as the spirits’ presence is often invoked or acknowledged during traditional ceremonies. The robes are used to bring comfort to bereaved family and clan members at memorial feasts and provide strength and healing to those who are distraught from grief.

This exhibit traces the history of two types of ceremonial robes— both woven by women from mountain goat wool. The older style, known as Raven’s Tail Weaving, was seen by early Europeans who visited the coast in the late 1700s. These robes featured eye-dazzling geometric patterns. By the early 1800s, they were replaced by a new style, with curvilinear representations of clan crests— today called Chilkat Weaving.

Fewer than a dozen weavers keep Chilkat weaving alive today, devoting their lives to mastering the complex technique. As for the older raven’s tail style, contemporary weavers have revived it after an absence of at least 150 years. Both new and old robes continue to be a vivid and highly treasured part of Native life on the coast of Alaska and British Columbia.