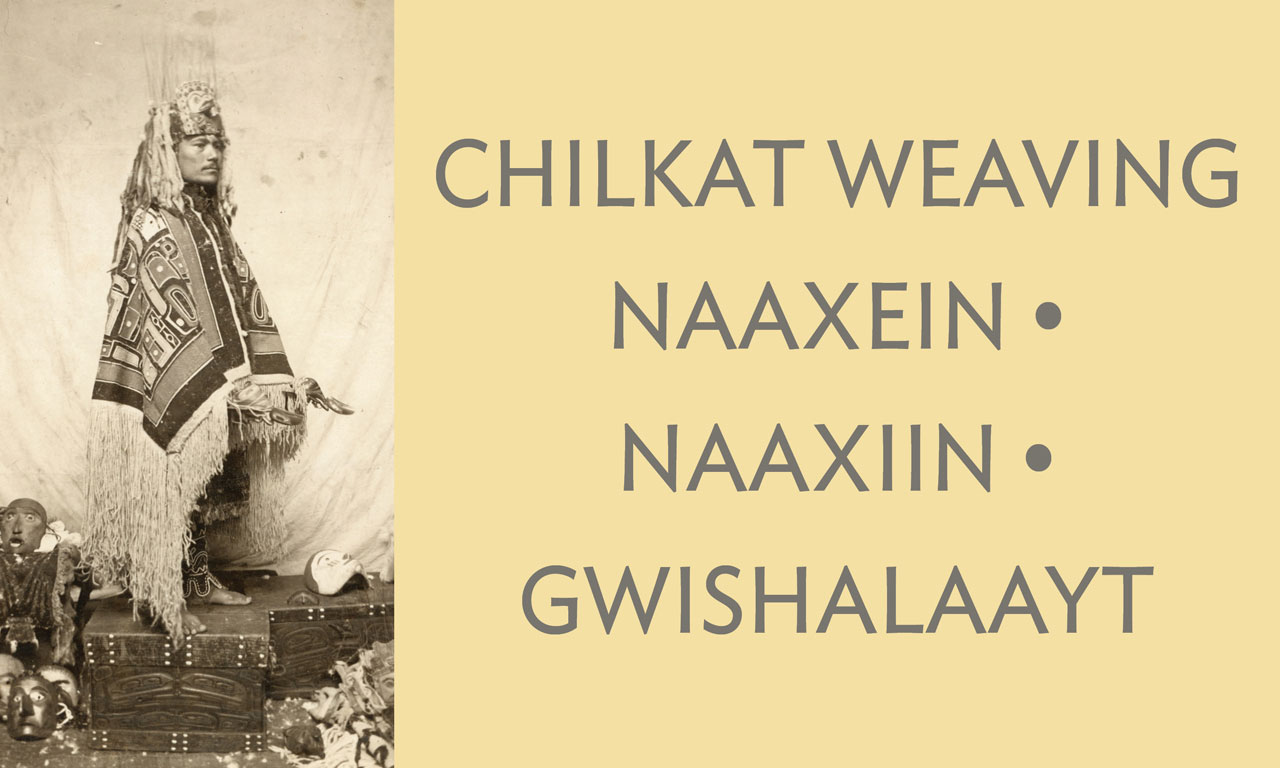 Early in the 19th century, a generation of weavers radically changed their art form, shifting from geometric patterns on a rectangular white field, to bold curvilinear clan crests in black, yellow and blue-green on a pentagonal shaped field. This transition required the invention of a complicated and unique new form of twining, capable of reproducing clan crests in the flowing formline style of design widely used on other forms of carved and painted regalia. Preparing materials and weaving for a single robe requires over a year of dedicated effort. These robes have become icons of Northwest Coast Native culture. Today, fewer than a dozen weavers keep this artwork alive. Contemporary Tlingit clan members in Wrangell greet Tlingit guests arriving for a ceremony.

By the time of contact with Europeans, Native weavers had learned the new technique and gradually ceased production of the geometric robes. The new curvilinear style was called Chilkat weaving by the Americans, named after the prolific weavers of the Chilkat Tlingit, who preserved the knowledge of the art form.