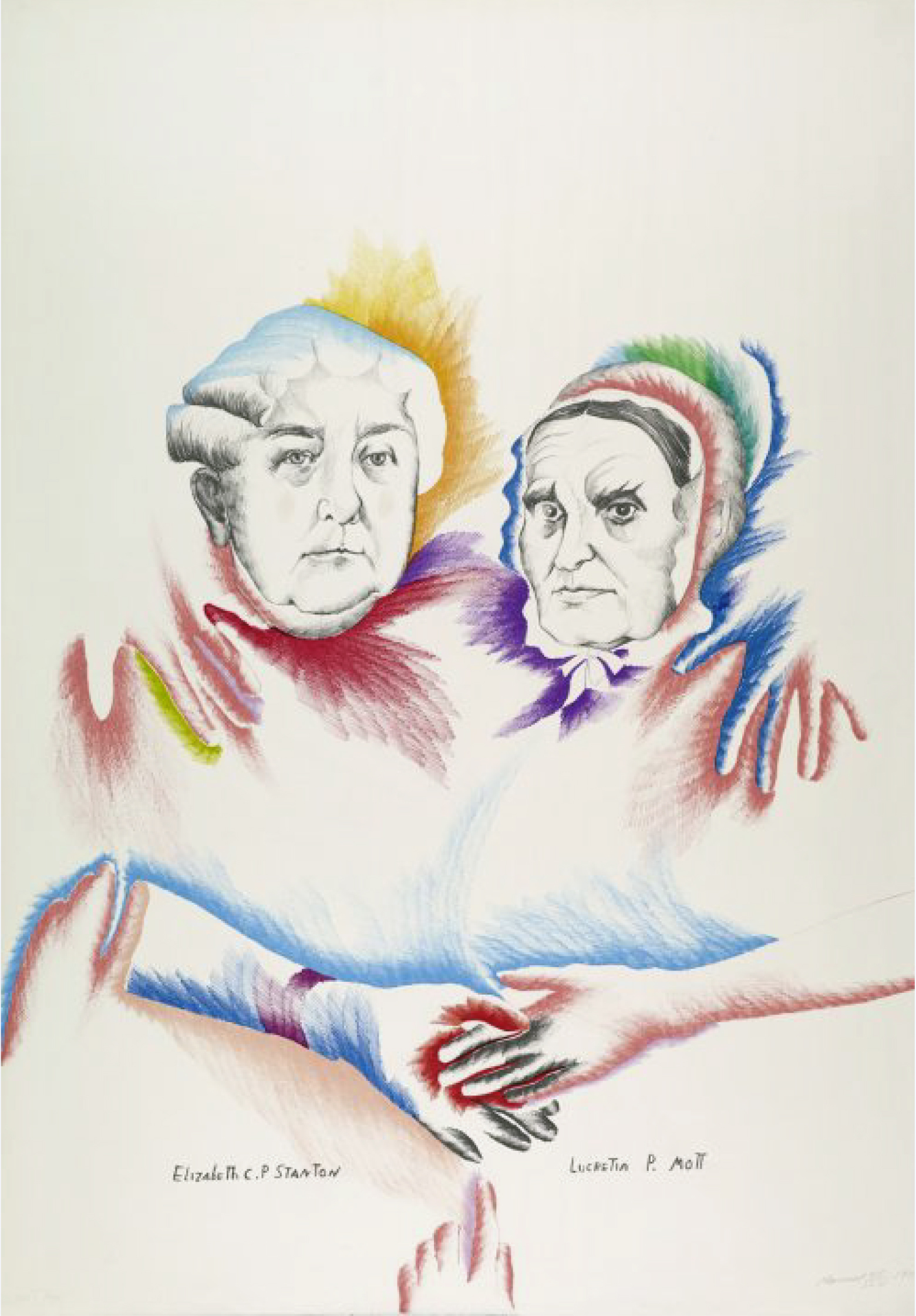 Part of the Kent Bicentennial Portfolio Spirit of Independence. Twelve artists were asked to visually interpret the question, “What does independence mean to me?” as a cultural contribution to America’s Bicentennial.

The Women’s Rights Movement began in July 1848 in Seneca Falls, New York. This lithograph depicts Elizabeth Cady Stanton and Lucretia Mott among the principal organizers of the first gathering, attended by roughly 100 people, two-thirds of whom were women. Among some of the issues that women reformers addressed were the right to vote, the lack of education and economic opportunities for women, and the absence of a female presence in political debates. In 1869, Mott, Stanton, and Susan B. Anthony joined together to form the National Woman Suffrage Association, an association devoted to creating a federal amendment granting women the right to vote. Both Mott and Stanton continued to be advocates. Mott pushed for equal rights in education, property ownership, and jobs. Stanton wrote articles and gave speeches regarding divorce, property rights, education, and other legal restrictions for women. By 1917, twelve states [and the Territory of Alaska] granted full or partial voting rights to women. President Wilson urged Congress to pass a voting rights amendment that same year. Although it initially passed in 1918 it was not until August of 1920 that the 19th Amendment was passed, providing women with full voting rights.