We are re-opening with everyone's safety in mind. 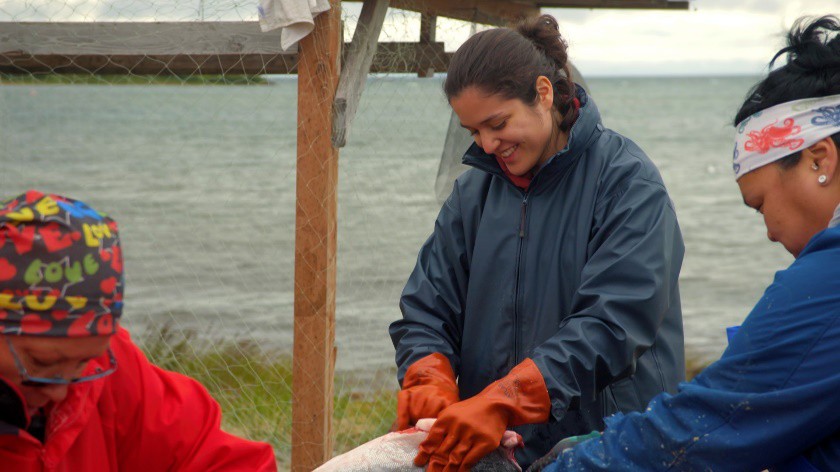 The Sheldon Jackson Museum invites the public to a screening of the film We Are Still Here: A Story from Native Alaska to be shown in the museum gallery on Sat., Sept. 14th at 10:30am. The film is being shown as part of the Sitka Seafood Festival Celebration. During the screening, admission will be waived.

We Are Still Here: A Story from Native Alaska tells the story of Amira Abujbara, a young woman with Alaska Native and Qatari roots, who travels to Iliamna, a remote village in Alaska, each summer to help her grandmother harvest fish from the world’s largest sockeye salmon run. During her visits to her Yup’ik mother’s birthplace, she sees Alaska as a beautiful place of abundance, tradition, and community but also a land of hardship where there are high rates of poverty and substance abuse. How will this town of just over 100 respond to a proposal for a gold and copper mine that offers the promise of jobs but also threatens to ruin the salmon run and dramatically impact traditional ways of life?

According to Amira Abujbara, We Are Still Here: A Story from Native Alaska, was the product of a small but mighty team of indigenous women - Ciara Lacy, the filmmaker, is Native Hawaiian, and Kayla Briet, the film composer, is of Prairie Band Potawatomi Nation heritage. Abujbara, the journalist who came up with the idea of making the film and who takes us along with her to Iliamna, is Yup’ik and Qatari, currently works as an assistant producer and online journalist at Al Jazeera.