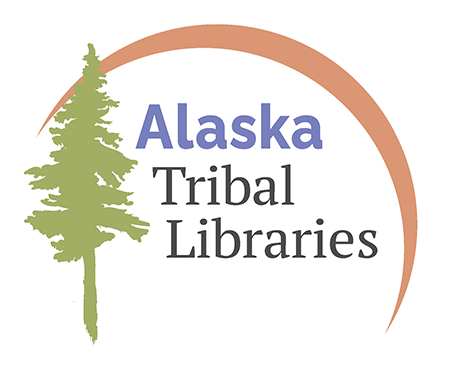 What is a Tribal Library?

“A tribal library must be designated by a tribe.”

According to a 2014 article, Tribal Libraries: Vital but Often Invisible Treasures written by Karen M. Brown and Kelly P. Webster, tribal libraries rose out of The Indian Self-Determination and Educational Assistance Act of 1975, subsequent legislation, and hearings at the White House Conferences on Indian Library and Information Services on or Near Reservations.

Approximately 50 tribal libraries exist in Alaska. This is based on Alaska State Library records and IMLS awards in recent years (there is no Alaska definition for tribal libraries). They vary widely in size, from the Sealaska Heritage Foundation in Juneau and the Tuzzy Consortium Library in Utquiagvik (a community library and tribal college library) to the Innoko River Tribal Library in Shageluk, a combined public/school library.

Alaska has 93 public libraries that meet the Alaska statutory definition of a public library. They range in size from the Anchorage Public Library, with an urban area of almost 300,000, to the Lake Minchumina Community Library, with a year-round population of 19.

Alaska recognition and support for tribal libraries has been evolving through the efforts of individual public library directors, Alaska State Library staff, and various library associations.

Here is a timeline of events in support of tribal libraries.

For the past twenty years, IMLS has offered Native American Library Services Basic Grants to tribal communities throughout the United States.

Basic grants are one year grants of $6,000 to $10,000 to support existing library operations and maintain core library services. These noncompetitive grants are distributed in equal amounts among eligible application. In Alaska, 39 tribal communities received a Basic Grant in FY2019.

The Federal Communications Commission (FCC) and the Department of Commerce have started to collect data on tribal broadband deployment. This data shows that rural Alaskan villages and rural tribal lands in the lower 48 states are the tribal areas most lacking in broadband service.

The FCC is taking steps to encourage and expand broadband deployment in rural America, including Alaska. In 2020, the ReConnect Program awarded up to $852 million through grants and loans to entities capable of providing retail broadband service to rural areas. Indian Tribes are eligible applicants as defined in section 4 of the Indian Self-Determination and Education Assistance Act, 25 U.S.C. § 450b.

According to the Universal Service Administrative Company, tribal libraries are eligible for E-Rate if they are:

In Alaska, tribal libraries can become eligible for E-Rate in one of three ways: through eligibility for Interlibrary Cooperation Grants,  by becoming a public library, or by having the tribal council certify the library.

To be certified, a tribal library must meet five criteria:

Library Schedule: Must be open on a regular schedule at least 48 weeks of the year and at least 3 days each week.

Library Hours: Public libraries must provide 5 or more hours of evening service (after 5 PM) and weekends.

Main Library Hours Per Week Based on Population:

Collection Development: Spend a minimum of $3,500 of local or grant funds annually on library materials for patrons to use.

Grant Match: Must match 100% ($7,000) of the grant by providing a mix of either local funds and/or volunteer labor. Volunteer labor shall be valued at a rate of $22.00 an hour. If claiming volunteer labor hours for match, the library can only claim up to the total number of hours the library is open each year.

Policies and Reports: Each library shall adopt and maintain a written collection development policy; shall adopt and maintain a mission, goals, and objectives statement; shall maintain an accurate accounting of its budget and expenditures; shall submit a complete public library annual report every year; and shall submit minutes of at least quarterly library board meetings if library is operated as a nonprofit.

Staffing Requirements: Trained staff (paid or volunteer) shall operate the library during all open Hours. Library directors must attend one approved continuing education program every two years. In cities with 3,000 - 5,999 people, the library director must have a bachelor's degree and library management experience or training. In cities with more than 6,000 people, the director shall have a master's degree in library science.

The FCC adopted a Report and Order (Tribal Library Order)  at its January 27 open meeting that amends the FCC's rules by updating the definition of a library, and clarifying that Tribal libraries are eligible for support through the E-Rate program. The new rules take effect in time for Tribal libraries to apply now to E-Rate support for Funding Year FY) 2022 (which runs from July 1,2022 through June 30, 2023).

The Tribal Library Order adds "Tribal library" to the definition of a "library" in the E-Rate rules, and amends the rules to recognize that Tribal libraries are eligible for support from state library administrative agencies under the Library Services and Technology Act (LSTA) and the Museum and Library Services Act of 2018. In the Tribal Library Order, the FCC explains that Tribal Councils can designate a library as a Tribal library (for example, through a Tribal Resolution), and Tribal libraries should be able to demonstrate that they have three basic characteristics of a library: